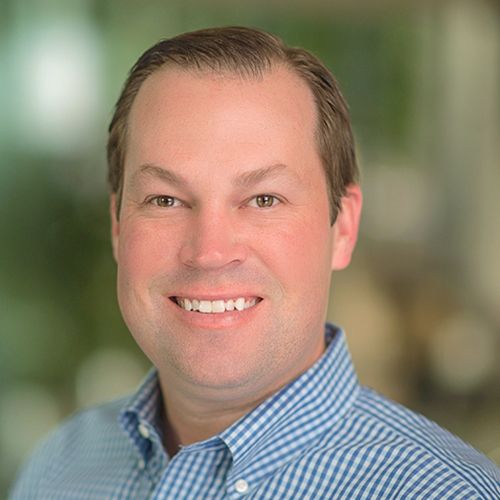 Patrick has been with Regency for 12 years, having joined the Regency North Florida Leasing Team in August of 2005.

Before making his way to our corporate headquarters, Patrick began his career in real estate working as a broker in the D.C. market shortly after graduating from Virginia Tech University.

Patrick has held various leasing positions during his time with Regency and has consistently been a top producer for the East Region. Additionally, Patrick has been instrumental in the training of new leasing agents and has been an excellent resource for Regency to call upon for his skills for corporate programs and presentations.

Patrick has also contributed significantly to Regency and the Jacksonville community through his work with United Way and the Stein Fellowship Program; being named a Martin E. Stein, Sr. Award winner in 2013.

What Retailers Say About Patrick

Patrick understands the unique space requirements for different retail uses.  Plus, he is able to think “outside the box” to creatively structure a deal that not only benefits the landlord, but sets the retailer up for success.

I had a restaurant client that wanted to open two food uses at Nocatee Town Center, but the available retail space was not properly configured for his needs.  Patrick was able to work through the lease complexities of redemising the square footage to create locations that perfectly served each use.

When I first approached Regency Centers, I was somewhat overwhelmed by the size of the corporation. My first notion was that I would be treated as a number, and would need to navigate through an ocean of people to find my retail sites.

However, my perception was wrong, thanks to Patrick. I found him to be a personable solution and kind contact to work with to solve any of the issues that came around.

In addition, I have grown with Regency Centers; two of my restaurants are currently located in Regency shopping centers. Patrick has been a very important piece to make this happen, I can’t thank him enough.

We chose retail space for our four stores in Regency’s centers because they are well-maintained and have strong anchors like Publix. Over the last four years, we have completed three renewals and one new lease and have found Patrick to be easy to work with. When we wanted to try a new side-by-side concept, Patrick quickly understood our needs, making the process much smoother.

Patrick McKinley is someone that you can always trust.

Patrick McKinley is someone that you can always trust in the real estate industry. I have been able to ask him for advice in the Jacksonville market on several occasions.  In our recent deal, Patrick was very aggressive, responded quickly, and was always moving our deal closer to lease execution. I look forward to working with Regency and Patrick Mckinley in many more lease transactions.

A Collaboration of Success

I have always heard of Regency Centers as being one of the 'Big Boys' in commercial real estate, but never had an opportunity to discuss any deals with them. Two years ago, I called my broker regarding the Brooklyn Station on Riverside project. I had interest in opening a location there for one of my concepts, the Burrito Gallery. Two hours later I was introduced to Patrick and during lunch we discussed their vision for the project. I believe we both realized that a relationship moving forward would be very complimentary.

I have been involved in or consulted on about 12 deals since getting into the restaurant business in 2000.  I repeatedly tell anyone who has asked me about the project that I have never experienced a deal where the developer was truly interested in my success. We collaborated on architecture and design features that made the experience and the final project one-of-a-kind.

I have been associated with various representatives from Regency Centers. Their level of customer service is consistent with my feelings of never being treated like a tenant but a partner. I would encourage any business owner looking for an opportunity to partner with Patrick and Regency Centers to call me at any time.