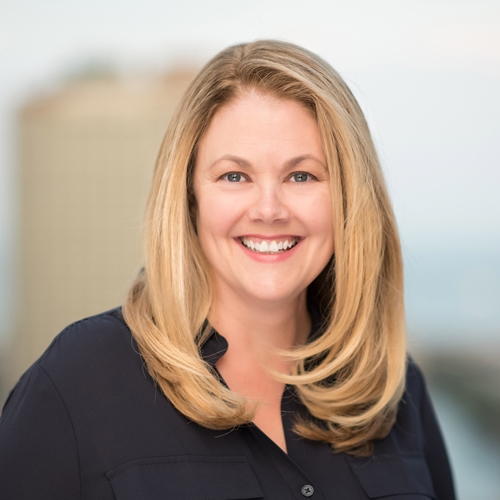 She oversees the underwriting of new investments as well as operational analysis, reporting, and forecasting for the East region of the U.S. Anne joined Regency as Vice President of Investment Services in 2005 and became Vice President of Financial Services in 2009. She has earned the company’s highest honor, the Joan and Martin E. Stein, Sr. Award, which honors employees’ business acumen and ethical standards.

Before joining Regency, Anne managed third-party retail transactions at Exeter Realty Services, Cushman & Wakefield, and Richard Ellis/HIGroup. Before that, she was an associate in the Capital Markets Group at JMB Realty Corporation.

Anne is an active member of ULI North Florida, where she is a member of the Management Committee, currently chairing its Women’s Leadership Initiative (WLI), and is a member of its DEI Initiative. She is also a past chair of the Urban Plan committee. She volunteers her time with United Way and HabiJax.

Outside the office, Anne enjoys traveling and spending time with her family.